Who is Brian Egana?
Circular Consulting’s Chief Executive and Financial Officer, Mr. Brian Egana, has become a leading businessman and a staple of the Greater New Orleans region. Following the devastation of Hurricane Katrina to his beloved Crescent City, Brian set out to assist with local revitalization efforts and community relations, thus forming Circular Consulting, LLC in the process.

Having earned an Associate’s Degree in Business Administration from Delgado Community College and a Bachelor’s of Science Degree in Business Administration from Southern University at New Orleans, Brian’s entrepreneurship spirit ignited, which allowed him to flourish as an intern, then Legislative Aide, during more than a decade’s long stance of working in municipal governmental relations under former New Orleans Councilman Oliver Thomas.

Mr. Egana’s management skills in overseeing projects and programs, tackling business matters, handling constituent relations, heading construction efforts, administration of governmental research, and supervising operations at the city, state, and federal levels of government, have catapulted him as a key player in providing tactical knowledge to corporate, non-profit, and clients in government alike, while providing many employment opportunities to individuals working on Circular Consulting, LLC’s many projects.

In addition to these unique skillsets within the business realm, Brian Egana has found his niche in community service, and has gained a more definitive structure through his numerous philanthropic efforts and by servicing the community he loves, both as an active member of Franklin Avenue Baptist Church, in Eastern New Orleans, and as a business guru.  He instills in his three children, Bria, Gabrielle, and Brian II, these same ethics, and teaches them the values of hard work, dedication, and giving back.

Brian has been recognized for his professional and service efforts through honors such as, the “You Make A Difference Awards”, and as the winner of the Data News Weekly’s – Trailblazer Award. Mr. Egana has shown that he genuinely cares about his community, and holds membership in numerous organizations and sits on various Boards designed towards civic engagement and bettering our neighborhoods such as: the Project Management Institute, New Orleans Redevelopment Authority (NORA), New Orleans Recreation Development Commission (NORDC), and is the sole founder of Independent Democratic Electors Association (IDEA). 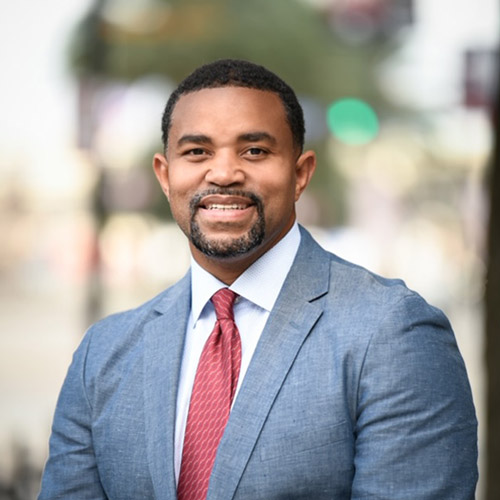